What Are Hangover Shakes? 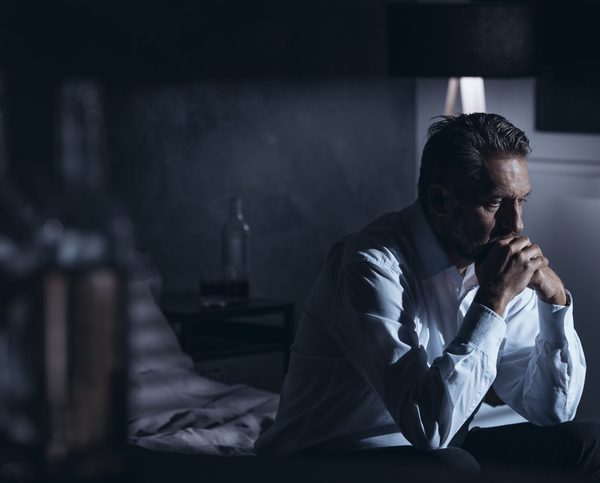 Most individuals out there who consume or who have consumed alcohol will know the unbearable feeling of the morning after the night before. From pounding headaches and uncontrollable nausea, to stomach cramps and low blood sugar levels, symptoms of a hangover do not feel worth a night of drinking.

However, for some individuals, those hangover symptoms progress further, resulting in hangover shakes. This is where alcohol withdrawal can become dangerous. This is commonly where mere alcohol consumption starts to resemble abuse.

With this in mind, if your hangover symptoms surpass common flu like signs, you may be experiencing hangover shakes. Although hangovers aren’t taken seriously, where the hair of the dog is commonly experienced, severe hangover shakes can be the result of something worse; alcohol abuse or addiction.

Understand the causation and the dangers of hangover shakes with our help here at Step 1 Recovery, along with ways to alleviate those unbearable symptoms.

Hangover shakes are commonly experienced when high, consistent quantities of alcohol have been consumed. Tremors or ‘the shakes’ will be a sign that too much alcohol has been consumed for the individual to hand; remember differing levels of alcohol can be consumed, affecting people differently through tolerances. Other factors can also influence alcohol tolerances, such as weight, overall health and gender.

Severe withdrawal symptoms are a sign that the body is struggling to process alcohol. Alcohol is a foreign body, changing hormone levels, blood sugar levels and the usual functions of the body. With this in mind, high quantities or prolonged drinking sessions can cause the body to spasm; known as hangover shakes.

How long do hangover shakes last?

The timeframe of hangover shakes can vary from person to person. The level of alcohol consumed, the individual tolerance level to alcohol, along with personal factors such as weight and gender can influence this. Common hangover symptoms do usually reduce after 1-2 days.

However, hangover shakes can last longer, down to the dangerous imbalance in the body. If the body struggles to process alcohol, symptoms can prolong, sometimes even up to a week.

Why can consistent hangover shakes be dangerous?

Consistent hangover shakes can be a sign of something more dangerous. Firstly, severe hangover symptoms could be the result of alcohol abuse or addiction. An alcohol addiction is highly damaging, known to cause deterioration to physical and mental health. If you do experience any form of addictive tendencies, where severe withdrawal symptoms are experienced, it is vital that you source specialised addiction treatment and support.

Hangover shakes can also be very distressing and sometimes dangerous for those living with pre-existing mental health issues, such as anxiety. Commonly, individuals experiencing anxiety will drink to suppress side effects. High levels of alcohol will usually be consumed, known to affect the brain’s responses and functioning. As alcohol withdrawal is experienced, hangover shakes can worsen anxiety; known to progress side effects significantly.

Although this unpleasant feeling will soon disappear, drinking a lot with anxiety isn’t recommended, down to the potential negative responses, for the morning after the night before. Chronic alcohol abuse can flood the nervous system, causing overridden neurological activity. This can impact those with mental health issues even more, resulting in relapses.

Chronic alcohol consumption, leading to shakes or tremors can also be down to low blood sugar levels. Although to the uneducated eye, low blood sugar levels may seem harmless, usually treated by consuming sugar, consistent low levels can result in long-term health problems. Initially the reduced level of sugar will influence ‘the shakes’, fatigue, heart palpitations and even seizures. This is also why many individuals crave fast food on a hangover. However, consistent experience of this can place pressure on the liver, along with leading to uncontrollable tremors.

What are delirium tremens?

When alcohol consumption turns into an addiction, delirium tremens will usually make an appearance. This is a dangerous sign that harmful levels of alcohol are being processed in the body, placing pressure on its normal functions.

Delirium tremens, a dangerous level of hangover shakes is usually experienced when individuals are withdrawing from alcohol. This is a true sign that addiction treatment and specialist support is a necessity, to help that individual stop drinking.

Hangover symptoms should subsidise by themselves, commonly over a 1 to 2-day period. However, hangover shakes may take a little longer to diminish. This will usually be the body’s way of protecting itself, fighting against the harmful levels of alcohol, taking some time to rebalance.

The best way to alleviate hangover shakes is by keeping hydrated, consuming vitamin B and also by drinking sports drinks which have electrolytes in them. This will help to ease alcohol withdrawal, while rebalancing the body’s blood sugar levels.

If symptoms do persist, it is important that you do source medical support. Prolonged hangover shakes can be the result of many underlying issues, including substance abuse. With this in mind, it’s imperative that you get checked over if side effects or delirium tremens do continue.

If your usual hangovers have worsened, reflecting hangover shakes, it is important to keep a close eye on your side effects. If the shakes or tremors do continue, we advise reaching out for support.

The result may follow an alcohol abuse diagnosis, requiring addiction treatment. Here at Step 1 Recovery, we are addiction recovery specialists, helping individuals withdraw from alcohol and drugs for the long-term. We also help those living with a dual diagnosis of a mental health issue, which commonly fall hand in hand with alcohol abuse.

With this in mind, we can offer a range of treatments to overcome alcohol abuse. From alcohol detox programmes, to psychological intervention for those experiencing true signs of an alcohol addiction.

Although this may be a lot to take in, it is important that you consider your future quality of life and health. Hangovers may not be taken seriously. However, if they do worsen over time, resembling hangover shakes, it is imperative that seeking support is prioritised. This can be a true sign that a dependence on alcohol is present, making withdrawal difficult.

Reach out today to learn more about hangover shakes, along with available treatment to overcome alcohol abuse.