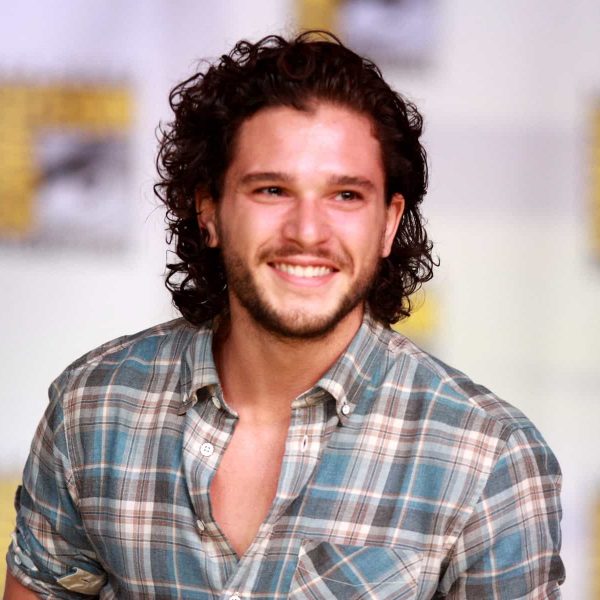 Game of Thrones is the most successful TV series in history and since it first aired in 2011, the HBO series attracted a record viewership, received 47 Primetime Emmy Awards and garnered a large fan base around the world.

It also made Kit Harington a household name. But fame has a price and after the completion of the eighth and final season of Game of Thrones, Kit Harington secretly checked into a luxury rehab facility for exhaustion, stress and alcohol abuse.

The 32-year-old British actor, whose full name is Christopher Catesby Harington, played Jon Snow, in all eight seasons of the fantasy series. He recently admitted that he suffered a breakdown after filming his final scenes.

The ending of the show that had been the focus of his life for more than eight years hit him really hard and Kit decided to commit himself to the luxury $120 000 a month Connecticut health retreat Privé-Swiss so that he could deal with stress, exhaustion, and alcohol-related issues. His actress wife, Rose Leslie, who played Jon Snow’s Wildling love interest Ygritte in GoTand who he married last year, has been extremely supportive of Kit’s decision during this difficult time.

During this much-needed break in his schedule, Kit has decided to utilize the time at the wellness retreat to focus on strategies to reduce stress, including cognitive behavioural therapy, psychological coaching and practicing mindfulness meditation. He is also being treated for alcohol abuse.

Game Of Thrones Fame Took Its Toll on Harington

Kit has always been open about his struggles with fame, the fact that show turned him into a huge international star and the public scrutiny that has gone along with being Jon Snow. In April he told US website Variety that he had reached his lowest and darkest time during the filming of Game of Thrones when Jon was killed in season 5 and then bought back to life in season 6. After that he also struggled with the fact the Jon Snow became the main focus of the series and this put a lot of pressure on the actor.

Kit Harington is a dedicated and consummate actor who gets totally immersed in the life of his character. This makes it unsurprising that, having followed the interwoven stories of Jon Snow and Daenerys Targaryen (first on the separate paths and then later as a couple) along with millions of fans for eight seasons, Kit Harington would be deeply invested in the lives of these fictional characters. And in the final episode, viewed by 19.3 million viewers, when Snow was forced to stab Daenerys, the woman he loved, in the heart in order to save the realm he loved and had fought so hard to protect, it was emotionally taxing for the actor.

A behind the scenes documentary, “The Last Watch”, showed Kit breaking down in tears when he first found out that Jon Snow had to kill Daenerys, his lover, queen and aunt. He also became totally chocked up during the table read with the rest of the cast. Harington now admits that he sought therapy after learning Jon would kill Daenerys in the final episode of Game of Thrones.

It is not surprising that Kit Harington is struggling with alcohol and stress when his whole life has revolved around GoT for the past eight years and he has become emotionally attached to his Jon Snow character. When that all ended it was like his life came crashing down around him and according to numerous sources the ending of the show hit him really hard and he had a what next moment when he realised that this truly was the end of the road for Game of Thrones and all the characters that the fans have grown to love and hate over the past eight years. The warning signs of Kit Harington’s fragile state of mind and struggle with alcohol have been evident for a while and his breakdown at the end of Game of Thrones did not come out of the blue.

In January 2018, Kit was seen slurring and stumbling as he tried to play a game of pool in a New York sports pub. He was escorted out of the pub and CCTV footage shows him too drunk to walk without help. A week after that he was seen staggering down a street in Paris, almost stepping out into oncoming traffic, before leaning on a parked van for support.

This was not a good look for the actor and the fact that Kit Harington eventually ended up in rehab should come as no surprise to his fans. A representative for the actor told the media that, “Kit has decided to utilise this break in his schedule as an opportunity to spend some time at a wellness retreat to work on some personal issues.”

During his time in the clinic, Kit has been allowed the freedom to leave the facility for short breaks. Harington has been spotted at a fitness and wellness studio as well as a local bookstore. On the weekend that the final season of Game of Thrones aired, Kit was spotted at RJ Julia Booksellers in the small Connecticut town of Madison. He told staff that he was visiting the area on “holiday”.

Rehab at the luxury wellness retreat, seems to be having the desired effect for Kit Harington. One resident who had spotted him numerous times in the area said, “Kit looks really good and appears to be focused on his health and wellness.”Another resident added, “I have personally seen him out in the community many times. I think it’s wonderful that he is taking time to take care of himself – more people should.”

Stress, exhaustion, and alcohol addiction are a dangerous combination and can have a devastating impact on anyone’s life. Fortunately, it seems like Kit Harington is getting the help and support that he needs from rehab to deal with his personal issues and problems and regain control of his life.

If you or a loved one is suffering from similar symptoms contact Step One Recovery to discuss your treatment options.