Chat with us, powered by LiveChat What Is Social Media Addiction | Step 1 Recovery Centre

What Is Social Media Addiction 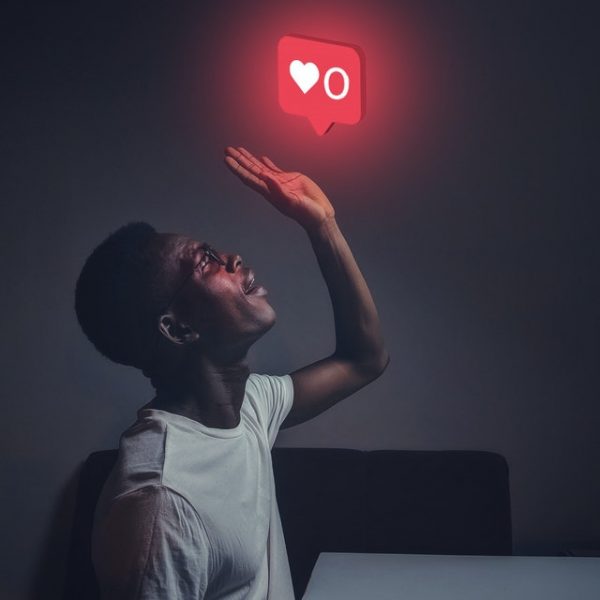 Social media has an unavoidably huge influence in day-to-day life in modern times, and the vast majority of individuals are engaging in some form of social media on a daily basis, whether it be via Facebook, Instagram, Twitter, TikTok, or any of the other social media platforms.

In fact, according to a study published by the BMJ, around 77% of individuals who use the internet in the UK have a social media profile, with a staggering 20% of adolescents being estimated to spend upwards of five hours a day on social media.

With the levels of social media engagement at such a prolific high, it is only natural that downsides will present themselves. One such downside is the emergence of social media addiction.

As more and more research has been done into the effects of excessive use of social media on individuals of all ages, there have been some worrying findings, with some people showing negative physical and psychological side-effects as a result of spending too much time on social media.

Furthermore, in a study published by The Independent looking into people who spend excessive amounts of time on Facebook and Twitter, some individuals reportedly experienced withdrawal side-effects when not allowed to engage with their social media profiles for an extended period of time.

What Is Social Media Addiction

Most individuals that you know will likely check their social media accounts frequently; and, for the vast majority of people, social media use can be a brief activity that does not negatively impact their life.

However, for some individuals, social media use can engulf their whole life, leading to increasingly more time spent on the platform at the cost of other areas of their actual life.

Those suffering from social media addiction, similar to other forms of addiction, may be to exhibit an extreme compulsion to spend increasingly more time on social media.

Social media addiction can often manifest itself as an unhealthy way to cope with stressful situations present in an individual’s life, whereby the individual becomes addicted to the escapism of social media as well as the dopamine hit that they will get when receiving a “like” or a “retweet.”

How Can Social Media Be Addictive?

As a result of the impact that it has upon an individual’s brain, social media can be both physically and psychologically addictive.

Certain studies show that talking about yourself on social media can stimulate the same parts of the brain as would be stimulated when consuming an addictive substance or participating in an addictive activity such as gambling.

When an individual experiences a rewarding sensation, or perhaps consumes an addictive narcotic substance, neurons deep within that individual’s brain will stimulate dopamine production.

What also makes people particularly susceptible to developing an addiction to social media is how much the brain enjoys it when a person talks about themself, with the brain’s reward centres being very active when discussing themselves.

In regular conversations, it is commonly approximated that a person will spend thirty-to-forty per cent of the time talking about themselves; however, social networking apps are designed with you showing off your life at the centre — thus meaning that the amount of time spent talking about yourself goes up to eighty per cent when on social media.

With the added dopamine hit of talking more frequently about yourself, it is no wonder that people can develop social media addiction.

When social media engagement becomes a frequent way of coping with the stresses present in a person’s life, such as when struggling with issues such as depression, loneliness, or anxiousness, then social media use can become a real issue.

While the frequent distraction of seeing other people’s, often very exaggerated and false, lives as well as the validation of receiving “likes” can seem like a rewarding experience at the time, it can actually only be making matters worse.

Excessive social media use can cause a person to shy away from their real-life and their responsibilities — with close relationships going neglected and ruined as well as school work and/or your employment status suffering.

As extreme social networking also causes an individual to shy away from other activities, such as engaging with sport, it can take a toll on your physical health, while also causing you to become more socially anxious over time.

How To Prevent Social Media Addiction

Trying to lessen your engagement with social media can be a very rewarding experience, regardless of how much time you spend on social platforms. And, with these handy tips, you will begin to feel the benefits sooner than you may think:

Turn off notifications: Without the constant distraction of your phone buzzing you to check a social media app, you will find that you have more time to concentrate on the world, and people, around you. Also, this will help you to break out of the cycle of constantly waiting for “likes”.

Don’t keep your phone by your bed: Not only can staring your bright phone screen late a night damage your eyes, but it can also massively disturb your sleeping. Try placing your phone in another room about an hour before you go to bed, and leaving it there until the morning.

Find alternative hobbies to replace your social media use: re-engaging with old hobbies, taking time to meet old friends in real life, or learning new skills can be a great way to occupy your time instead of spending that time endlessly scrolling through contention social media.

Hopefully, these tips can help you start engaging with the world around you more, as a digital detox can never be a bad thing once in a while. However, if you have more questions about social media addiction then call our helpline on 0800 012 6006.