Chat with us, powered by LiveChat Can Drugs...? (20 Questions on The Effects of Drugs) | Step 1 Recovery 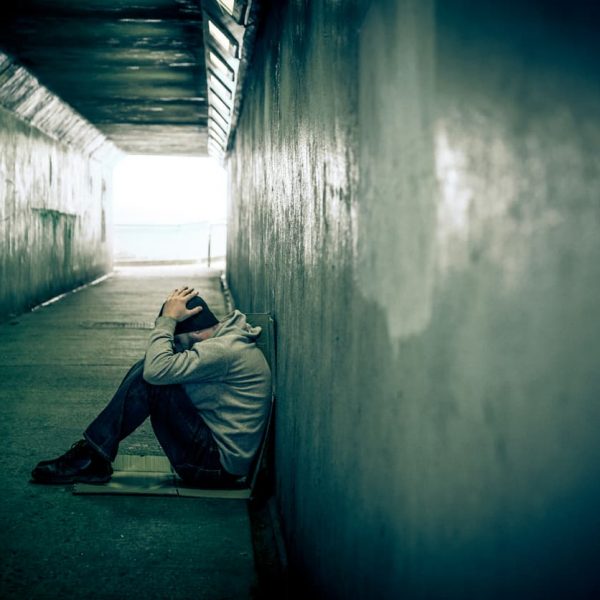 Most people know that behaviour which results from drug use can be unpredictable and even dangerous, but not everyone will know the detrimental side-effects which can last for a lifetime.

Many people may find it difficult to ask questions about the effects of drugs – they maybe addicted to them, and don’t want family members and friends to know, or maybe they are just curious.

In this article, we’ve answered a number of the most popular questions which we are asked surrounding the side-effects of drug abuse. Remember these are just the common ones, we can answer any other questions which you may have.

Q: Can drugs cause anxiety?

A: Yes. The chemical substances contained in drugs such as hallucinogens, alcohol, marijuana and cocaine can alter brain function and cause nervousness, panic attacks, memory and concentration problems and insomnia. People using drugs to alleviate anxiety or depression are most likely making their symptoms worse, and adding potential substance abuse and addiction problems to existing issues

Q: Can drugs cause a stroke?

A: Yes. In two ways. Stimulants such as cocaine increase blood pressure, potentially causing blood vessels in the brain to burst and haemorrhaging blood. Some stimulants conversely can narrow vessels, cutting off blood flow to the brain, causing a stroke.

Q: Can drugs affect your period?

A: Yes. Alcohol, cannabis and cocaine can cause hormones such as estrogen and prolactin levels to fluctuate, causing irregularity in the menstrual cycle. Methamphetamine may also cause bleeding between periods.

Q: Can drugs cause schizophrenia?

A: Not directly. However, the use of drugs such as cannabis, LSD, and amphetamines may cause psychosis and therefore increase the possibility of triggering symptoms of schizophrenia.
Young people regularly using powerful forms of cannabis like skunk, are four times more likely to experience these problems.

Q: Can drugs cause sleep paralysis?

A: Maybe. When you are alarmingly unable to move or speak in a state between sleep and awake, it is generally an extension of REM (Rapid Eye Movement) sleep which is related to vivid dreaming. While many factors may cause sleep paralysis, any alteration of the bodies hormonal balance like the use of drugs may increase the likelihood of experiencing sleep paralysis.

Q: Can drugs affect the pill?

A: Yes and No. Yes, because the contraceptive pill relies on taking it daily, preferably always at the same time. Using drugs and alcohol may compromise your capacity to do that, and so potentially reduce the effectiveness of the pill. No, as there is no evidence to suggest that drugs like cocaine, ecstasy and marijuana reduce the effect of normal hormonal birth control.

Can drugs cause seizures?

A: Sometimes. The effects of drugs on the mind and body vary from person to person. Cocaine has the real potential to cause seizures due to a disruption of heart function, whereas other drugs such as opium-derived narcotics and marijuana seem to have a lower seizure-inducing effect. However, drugs may react to prescribed medication with unexpected results, and if you suffer from epilepsy, drug use certainly presents an increase in the likelihood of having a seizure.

Q: Can drugs cause cancer?

A: Yes. To begin with, the chemicals ingested when smoking are linked to about 30% of cancer deaths. Alcohol abuse is known to cause higher levels of liver, head and neck cancers as well as breast cancer. Combined tobacco and alcohol consumption significantly increase this risk. Marijuana use has been linked with an increased risk of testicular cancer in young men

Q: Can drugs cause depression?

A: Quite possibly. There is a strong connection between drug use and mental health issues, and frequently depression. Symptoms may include lethargy, changes in sleep and eating patterns, concentration problems and suicidal thoughts. The problem is that people suffering from depression are more likely to drink or use drugs, and people that would not otherwise experience depression risk suffering from it as a cause of alcohol or drug abuse. In this sense, comprehensive treatment for both substance abuse and depression would be the best option

Q: Can drugs cause bipolar?

A: No. But they can cause symptoms that are very similar such as mood swings, aggression, mania, depression and irritability, and as such are difficult to distinguish from mental health issues such as bipolar disorder. Symptoms may be experienced during or after substance use, or as a result of withdrawal effects when coming off certain drugs, prescribed or otherwise.

Q: Can drugs cause psychosis?

A: Yes, it can. Psychosis is where people suffer from delusions or hallucinations that inhibit their ability to interpret the world in the same way as those around them. It may be a pre-existing mental health condition that has nothing to do with drug use. Symptoms may however be experienced as a cause of drug or alcohol use, known as drug-induced psychosis. These symptoms may be temporary or lasting depending on the individual and their use of substances.

Q: Can drugs be passed through sweat?

A: It depends. Research suggests that certain drugs can be detected on the skin after use, such as methadone and cocaine, in the same way it can be found in saliva, hair and urine. Indeed, skin testing is actively being developed as a means of detecting drug abuse.

A: Yes. Drugs such as ecstasy, amphetamines and cocaine can dramatically increase blood pressure, and therefore have the potential to rupture blood vessels, cause heart attacks and strokes. Sustained uses of drugs greatly increase the risk of these sometimes fatal consequences, commonly related to blood pressure irregularities.

Q: Can drugs cause diabetes?

A: They can. Alcohol disrupts hormonal and liver function leading to low blood sugar levels which may lead to diabetic pathologies. Alcohol and drugs also reduce the effectiveness of diabetes medication for sufferers with an existing condition, creating complications with negative health impacts.

Q: Can drugs cause acne?

A: Probably not directly. There is not much evidence on the subject, although most drugs cause inflammation and increase the levels of the stress hormone cortisol in the body, which may directly or indirectly provoke skin irritation or acne.

Q: Can drugs cause dementia?

A: Perhaps. Mental state and cognitive function are impaired with the acute use of alcohol and drugs, and so long-term use may increase the risk of dementia in later life, or advance the onset of the condition.

Q: Can drugs cause multiple sclerosis?

A: Maybe. There is not enough evidence to say, although drug use may well increase the risk factors

Q: Can drugs cause kidney stones?

A: Yes. All the chemicals we absorb pass through the kidneys, and as such can cause damage. Sustained alcohol abuse increases the risk of kidney and renal failure, and drugs such as cocaine, heroin and amphetamines can also cause kidney issues – potentially including stones through dehydration, amongst other problems.

Q: Can drugs make you blind?

A: Potentially. Drug abuse chemically affects the whole body, including the eyes. Dilation is a common side effect that can result in blurring or temporary loss of vision. The anaesthetic nature of cocaine may inhibit pain but not prevent damage to the eye from bumps or scratches. Heroin may cause tightly constricted pupils which reduce blood flow, potentially leading to loss of vision.

These are just some of the most common questions surrounding drugs… do you have any more? If so, don’t hesitate to get in touch with us.