Chat with us, powered by LiveChat Is the UK's Binge Drinking Intensifying? | Step 1 Recovery Centre

Is the UK's Binge Drinking Intensifying? 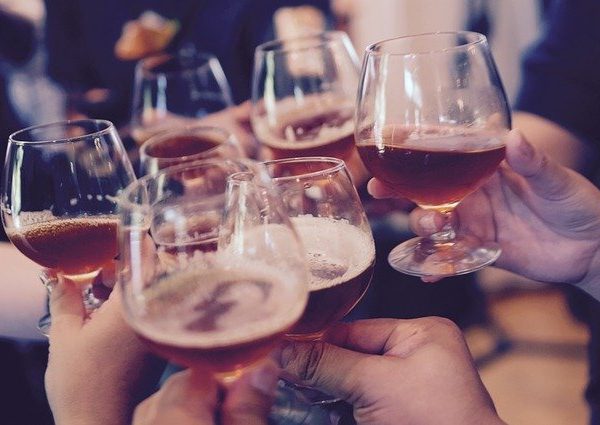 The United Kingdom is known for its excessive alcohol consumption and binge drinking culture.

Social events such as weddings, birthdays and Christmas parties see many Brits ignore unit consumption guidelines, and instead consume large volumes of alcohol in a bid to relax, raise their spirits and enjoy themselves.

In addition, binge drinking has been observed among individuals outside of social settings.

Many have turned to binge drinking at home in order to boost their mood and alleviate any worries they may have.

With an increase in alcohol consumption noted, many have been left asking is the UK’s binge drinking intensifying?

What Is Binge Drinking?

Binge drinking refers to the consumption of large quantities of alcohol within a limited time frame.

In the UK, guidelines suggest that binge drinking is present when an individual consumes over 14 units of alcohol a week, at any one given time. This is equivalent to consuming seven glasses of wine or six pints of beer in one sitting.

Typically occurring in social settings or at home, it is believed that 27% of the British population regularly binge drink. In 2017, the Office for National Statistics conducted research surrounding binge drinking in the UK.

The research established that those between the ages of 16 and 44 are more likely to exceed the recommended units of alcohol in a single drinking day.

Although individuals between the ages of 16 – 44 are more likely to participate in binge drinking behaviours, individuals over 45 are also reported to binge drink.

However, the percentage of those engaging in binge drinking is drastically lower.

Why Do People Binge Drink?

Individuals across the world participate in binge drinking for several different reasons. As touched on above, for many, binge drinking is typically carried out in social situations such as Christmas parties or birthday events.

For others, binge drinking is conducted behind closed doors to help alleviate mental health conditions such as anxiety and depression.

What Are the Dangers of Binge Drinking?

Just as alcohol addictions have several short and long-term effects, binge drinking does too.

These effects impact the physical and psychological health of individuals that consume large quantities of alcohol over a period of time.

The short-term effects of binge drinking include;

Although the short-term effects of binge drinking are only felt for a short period, they have the potential to eventually increase the risk of long-term repercussions.

The long-term effects of binge drinking include;

Unfortunately, the long-term effects of frequently binge drinking are often ignored. This is because many individuals fail to realise that binge drinking is hazardous.

However, as the consequences of binge drinking includes alcohol dependency, addictions and physical and mental impairment, binge drinking poses an ever-increasing problem in the UK.

Is the UK’s Binge Drinking Intensifying?

To determine whether the UK’s binge drinking is intensifying, it is essential to review the changes in binge drinking behaviours over the last ten years.

However, throughout 2020, an increase in the number of individuals binge drinking has been noted.
While there may be several underlying causes, it is believed that COVID-19 has played a large role in this.

From lockdown to periods of uncertainty, almost half of the UK’s population has turned to alcohol to alleviate stress and anxiety.

Although alcohol consumption has increased on the whole, a survey conducted by King’s College London highlighted that 29% of individuals were consuming more alcohol than they usually would.

Contributing to this, further research outlines that those consuming more significant amounts of alcohol would typically drink at least 12.6 units throughout any given day. In the evenings, this figure increased to 14.6 units.

Considering the recommended weekly units, this information highlights that the UK’s binge drinking is intensifying.

Why Is the UK’s Binge Drinking Intensifying?

As we can see from the information gathered above, binge drinking in the UK has intensified most recently as the repercussions of COVID-19 have been felt.

Many have used alcohol as a coping mechanism, to reduce stress levels and help them relax through challenging periods.

Do You Have A Binge Drinking Problem?

Having read the above information, if you are left contemplating whether you have a binge drinking problem, we would encourage you to ask yourself the following questions;

– Have you recently begun to drink more than the recommended weekly units?
– Do you regularly consume over 12 units of alcohol in one sitting?
– Do you turn to alcohol in a hope to become drunk and forget about your worries?
– Has anyone confronted you about the amount of alcohol you drink?

If you have answered yes to any of the above questions, you may indeed have a binge drinking problem. With this in mind, we would encourage you to seek professional support.

While you may not yet be concerned about your relationship with alcohol, binge drinking frequently will see you more suspect to developing an alcohol addiction.

Left untreated, binge drinking that intensifies to an addiction can leave you trapped in a vicious cycle that you are unable to escape.

This will eventually cause you to experience a multitude of short and long-term repercussions.

If you need support for your binge drinking or have come to realise that you are becoming dependent on alcohol, do not hesitate to contact us.