Chat with us, powered by LiveChat Drinking and Anxiety | Step 1 Recovery Centre 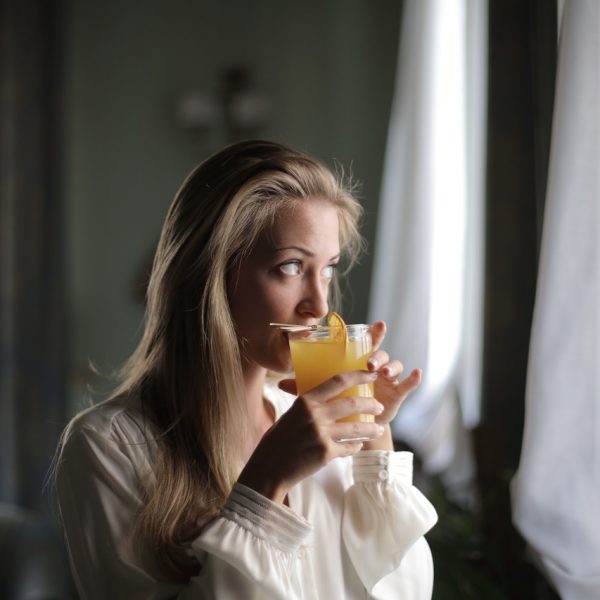 Drinking can do a lot for your mood. When you drink alcohol it alters the balance of chemicals in your brain.

It is a type of depressant, which simply means that it reduces arousal and stimulation- slowing down your brain and nervous system and lowering your inhibitions.

The effects of alcohol can feel very pleasant, inducing feelings of euphoria for a short period of time. Drinking alcohol can make you feel relaxed, more confident and less anxious than usual. Because of this, many people use alcohol as a way to cope with feelings of stress.

In fact, it is so common for people to use alcohol as an escape that drinking has been described as “the UK’s favourite coping mechanism”.1 But while alcohol can have a positive effect on your moods, it can just as easily have a negative impact.

The more you drink, the greater the effect of the alcohol on your brain function. And regardless of how good you feel when you start drinking, it is possible that negative thoughts and feelings will begin to take over.

How drinking can have an impact on Anxiety

It is widely acknowledged that alcohol and mental health issues are linked. Consistent and heavy drinking can seriously exacerbate, and often even cause, anxiety. Sometimes the effect is subtle, and short-term.

One of the ways alcohol can cause or worsen anxiety is through what has been unofficially dubbed the “hangxiety effect”. Everyone recognises the physical feelings of a hangover. After a night of heavy drinking you can expect to experience a bad headache, stomach cramps and nausea.

But many people also report unusually intense feelings of unease the morning after, a feeling that can last anywhere between a few hours and the whole day.
This low feeling is in part due to the alcohol wearing off, but fear can also play a part. Binge drinking often results in memory loss. Coupled with alcohol’s effect on our inhibitions and behaviour, many people worry about the way they acted when under the influence.

You are also much more likely to act aggressively when drunk, or to do something bad that you otherwise would not do. Worrying about the consequences of a night of overindulgence, whether your fears are real or imagined, can take a heavy toll on your mental state.

This feeling of “hangxiety” can be particularly bad if the drinker is already an anxious person. The relaxing and loosening effects of alcohol are temporary, and they only serve to mask the problem- once the booze wears off the feeling of anxiety only gets worse.2

One of the most dangerous links between anxiety disorder and drinking is the increased likelihood of developing a dependency issue. As we’ve pointed out, many people who struggle with stress or anxiety turn to alcohol as a coping mechanism. While drinking might help a little in the short-term, the implications of drinking to cope are long-lasting and severe.

The more often and more consistently you drink to alleviate feelings of anxiety, the greater your tolerance for alcohol becomes. This means that you need to drink more alcohol to achieve the same effect.

As your tolerance increases and you begin to drink in greater quantities more frequently, the risk of becoming addicted gets higher and higher. A study conducted by the ADAA (Anxiety and Depression Association of America) found that around 20% of people suffering from a social anxiety disorder also suffered from alcohol abuse or dependence.3

This problem is only made worse by the fact that increased levels of anxiety is also a symptom of alcohol withdrawal. This elevated state of stress combined with all of the physical effects of withdrawal pushes the sufferer to drink again, in order to alleviate their symptoms.

This creates a cycle whereby sufferers find themselves drinking to help with their anxiety, but it is the drinking itself that is fuelling that anxiety. It is unfortunately all too easy to find yourself trapped in a destructive cycle like this.

Is it possible to drink safely if I have problems with Anxiety?

The most effective way to ensure that alcohol does not cause you problems with anxiety is to cut it out of your life. Due to alcohol’s nature as a depressant, drinking will always affect your mood and it is impossible to predict or control the ways in which it will do so.

If you struggle with anxiety but would still like to drink, the best thing to do is be as responsible as possible and follow the NHS drinking guidelines. In moderation alcohol is not necessarily a terrible thing, but it is critical that you keep your consumption under control.

It is not recommended to regularly consume more than 14 units of alcohol per week- this equates roughly to six pints of beer or six regular glasses of wine.

By limiting the amount of alcohol you drink you can significantly reduce the risk of falling into dependency, and you are much less likely to experience the negative aspects of overconsumption. As is often the case, it is binge drinking that presents the greatest danger- so avoid doing this if you can.

Above all else, the most important thing to remember is that alcohol is not anxiety treatment. It can be tempting to turn to drink as a quick fix for feelings of stress, but ultimately it leads to more harm than good.

If you are struggling with anxiety, or you are worried that you might have an undiagnosed anxiety disorder, you should seek the appropriate help as soon as you can. The first step is to contact your GP for advice.